The Need to Supplement

The nutritional value of all grasses in northern Australia declines following the growing season. While some grasses are more attractive to cattle (palatable) than others, all grasses provide high quality grazing while they are actively growing.

As grasses mature and seed their feed value declines. The nutrients in the grass also become less  accessible to cattle as grasses become harder to digest as they mature. As a result of this decline in  pasture quality and digestibility cattle lose weight at an increasing rate as the dry season progresses.

In a grazing sense little can be done to improve the digestibility of mature grass but supplements can  increase the rate at which digestion does occur. Faster digestion results in an increase in the amount of grass eaten. An analogy is the marketing strategy of low margin high turnover. In this case low  digestibility higher intake results in improved animal performance.

For cattle the optimum ratio of nitrogen to sulfurin in the diet is about 13:1. This is about the same ratio as found in leaf protein, and as the pasture declines, the ratio remains constant. Hence, when  supplementation with urea N commences, it would be beneficial to include a sulfur source. Without it, the utilisation of the urea and the dry feed may be reduced and a sulfur deficiency may occur.

Two grades of sulphate of ammonia are available from Incitec fertilisers of which only one (Incitec GranAm) is recommended for use as a stock feed supplement. GranAm, however, does contain  granulation and coating agents that may cause a sediment to form in mixing tanks, particularly if the  water is alkaline or hard, or if LiquifertP is used in the mix as well. (If this sediment becomes a problem, it may be necessary to purchase a higher-grade ammonium sulphate from another supplier. Where GranAm is used as the sulfur source, add 1 par of GranAm to every 6 parts of urea, by weight.

How Does Urea Work?

The rumen or first stomach is like a large fermentation vat where a lot of the physical breakdown of  fibrous material occurs. Most of this feed breakdown is a result of activity by various types of bacteria and fungi (rumen microflora) present in the rumen.

The rate at which digestion occurs is governed, to a large extent, by the number and type of microflora present in the rumen at any time. A large healthy population of microflora results in faster (but not more complete) digestion of feed and an added source of protein (microbial protein) for the animal. As the  rumen microflora pass out of the rumen they are digested providing a valuable source of protein for the animal. An unhealthy low population of rumen microflora results in slow digestion and a slow passage of feed. A reasonably reliable sign of poor rumen activity is hard dung.

Urea supplementation, in combination with sulfur, will enhance rumen activity by providing a nitrogen (N) and sulfur (S) source for the development of large populations of desirable rumen microflora. Large increases in numbers of microflora results in faster digestion on of dry grass and faster throughput (rate of passage), of feed. This means cattle will eat more dry grass.

The urea and S, supplied as a supplement, is used by the rumen microflora and has no direct 'feed'  benefit to the animal.

Effective urea supplementation can result in an increase in appetite of dry feed of 30% to 50%.  This should be considered when determining stocking rates.

Urea can and will kill cattle if it is consumed too quickly.

The aim of a urea supplementation program is to improve the rumen function and animal performance by supplying a small amount of urea and sulfur (N:S ratio of 13:1) to cattle on at least a daily basis during the dry season.

While there is lot of argument about the amount of urea that should be fed, experience suggests that a level of 60 g a head a day for breeders and 30 g a head a day for dry and growing cattle will result in  improved rumen function of cattle, grazing mature grass pastures.

Usually results in a reduction in the rate of weight loss. It seldom results in increased weight gain. The effectiveness and economics of any supplementation program depends on all cattle consuming the desired amount of supplement at the right rate. The only practical method of determining how much urea and S is required is to multiply the number of cattle to be supplemented by the desired level of  supplement by a convenient time between feeds. 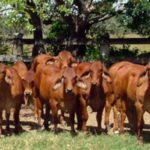 Why use lower urea for Breeders? 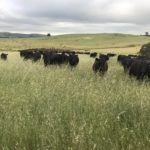 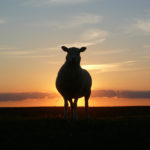 Why cottonseed for sheep? 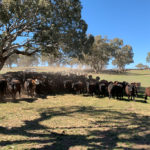